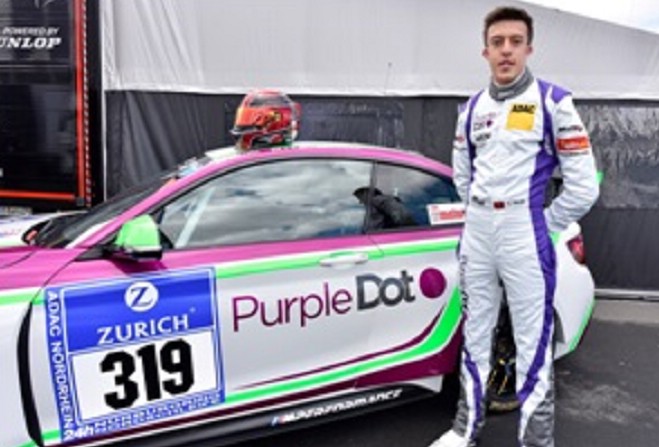 Chris Mealin has qualified for the Nurburgring 24-hour race.

The 22-year-old Islander made it through at his first attempt over the weekend.

He competes with the four-driver Purple Dot team, part of BMW Walkenhorst Motorsport, which is based in Germany.

Mealin is signed for the whole season of the VLN Championship, made up of ten four-hour races, plus the famous 24-hour endurance event at Nordschleife in Germany.

The Nurburgring is often compared to the TT course, being over 16 miles long and one of the most demanding and difficult tracks in the world.

It has nearly 1,000 feet separating the highest and lowest points on the circuit and just over 140 corners, leaving no room for error.

It is one of the world’s toughest races with up to 200 cars on the starting grid, including works factory teams such as BMW, Porsche, Mercedes and Audi, and more than 250,000 spectators.