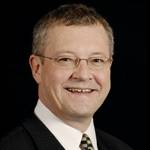 Tourism Minister Martyn Quayle is welcoming the decision to move next year's British MotoGP at Silverstone away from T.T. fortnight.

The original date for the race was Mad Sunday - the 6th of June. However, following talks between organisers Dorna, the Department of Tourism and other interested parties, it has been switched to the 20th of June.

The Italian MotoGP at Mugello will now take place on Mad Sunday, and bike fans on the island will be able to watch it via a big screen on Douglas Promenade.

Mr Quayle believes the move will benefit both events with fans, journalists and leading figures in the industry now not facing a difficult choice.

But does this mean an end to date clashes in the future?:-