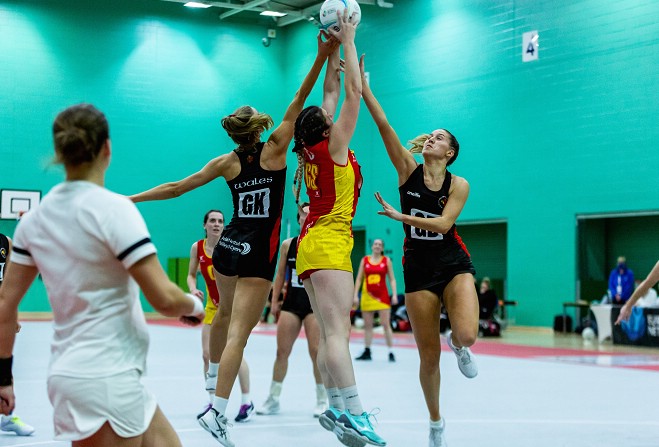 England crowned winners of U21 tournament at NSC

The President of IoM Netball says the Island is going 'from strength to strength' in the sport after hosting a prestigious tournament last week.

The Europe Netball U21 Championships were held at the NSC between last Thursday and last Sunday (11-14 November).

It saw the Manx U21's squad take on England, Wales and Northern Ireland with England being crowned winner after four days of fixtures.

President of IoM Netball, Pip Cross, adds they have more international opportunities on the horizon in 2022, and is thanking all those involved in organising the competition.

The results from the tournament are available below: