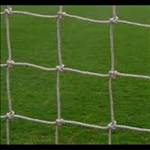 Two of the three sides competing for promotion to the Premier League meet this evening.

Michael play Ramsey Youth Centre in a game which will have a big say in who claims the two places available.

The other contenders are Colby who are away to Malew in a southern derby.

The other Division Two matches are:-

In the Canada life Premier League, Gymns continue their fight against relegation with a home fixture against St. John's.

Any points they get will help considerably ahead of Saturday's potential do or die clash with Ramsey.

Two other sides still needing points to be absolutely dafe are also in action.

Castletown are at home to Old Boys at The Stadium and Union Mills face a trip west to tackle Peel.

And Laxey meet St. Mary's with the runners-up prize still up for grabs.