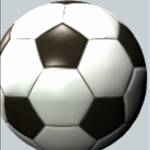 Archer Aalin George had the proud honour of being the water carrier for the Isle of Man team.

Manx Radio’s Chris Kinley and sports editor Tim Glover were in the stadium for the traditional water ceremony at the 13th NatWest Island Games in Aland.

Each nation brings a flask of water from its Island shores and pours it into a central fountain, which runs for the duration of the Games.

It followed the Island Games anthem.