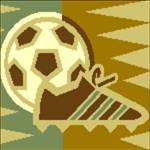 Rushen United have won their first trophy for seven years.

The southerners beat Peel 1-0 in Sunday's Railway Cup Final at The Bowl.

After they wasted several good opportunities in the first half, Stephen Riding hit the winner in the 61st minute.

Captain and Man-of-the-Match Paul Jones believes a new era could be underway for one of the most successful club's in Manx Football:-