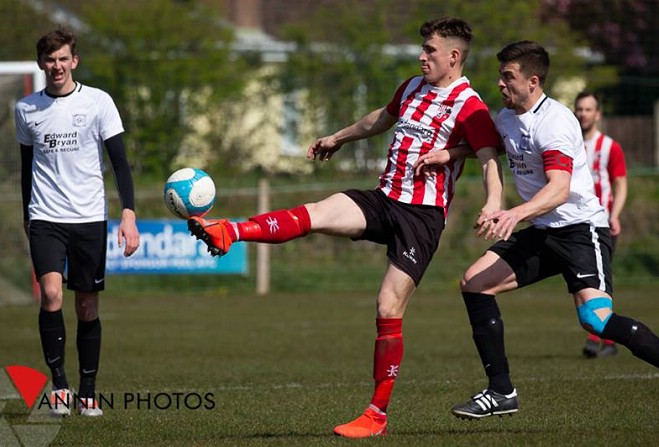 Peel AFC forward Rhys Oates has been announced as the 2018/19 Rose Bowl Player of the Year.

He was the winner of the top accolade at the Isle of Man Football Association's annual awards.

His side sealed success on Boxing Day when they won the Railway Cup, before following that up with an FA Cup triumph when they defeated Canada Life Premier League champions St Marys 3-1 after extra time.

Oates scored a stunning free-kick in that match, with his goal tally and all-round play ensuring he scooped the award.

The Peel man narrowly missed out on the golden boot, which was won by Sean Doyle of Corinthians for the first time.

Marc Priestnal of Pulrose won Division Two Player of the Year, with the league winner by far and away the silver boot by some margin.

The Men's Junior accolade went to Harry Horbury, who follows in his father, John's, footsteps, who was himself a former Island 'keeper.

Last but not least, Daniel Lace won the top award in the Masters category.