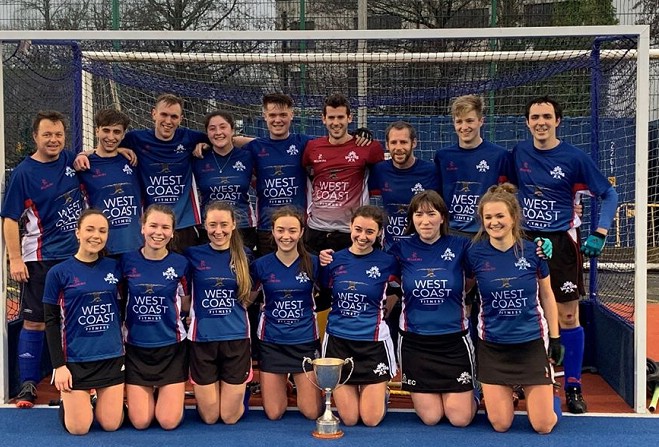 Valkyrs A scored five without reply against Vikings B to lift the Manx Cup and end the mixed hockey season on a high.

Ellen Robinson (2), Ellen Cleator, Luis Novo Smith and captain Greg Miller were all on the scoresheet in a dominant performance from the westerners.

After defeating Vikings A in a tight contest in the semi-finals, Valkyrs lived up to the favourites tag as they went on to lift the trophy, with three of the goals coming in the second half.

Vikings B remained determined to the final whistle, however, their efforts were in vain as Valkyrs held firm to claim the victory.

Earlier in the day, Saracens Sabres hit 12 against Bacchas C in the Manx Plate Final to complete a league and cup double.

There were two goals for Scott Mason and skipper George Powell, while Tom Dalton-Brown and Andrew Winstanley added to the tally with second-half strikes.