Snooker: Rockets bounce back to top of the league 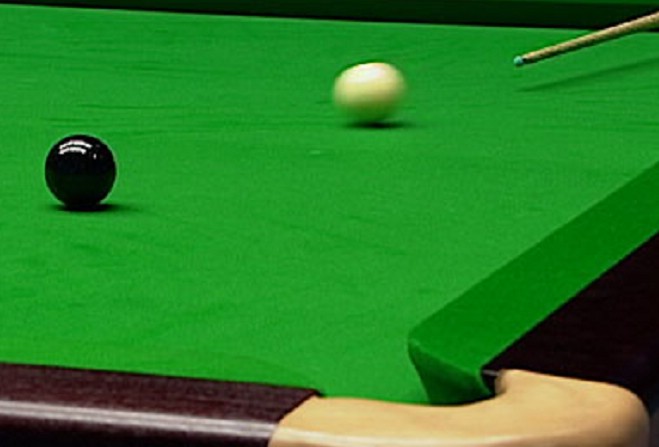 Previous leaders had bye this week

Alex Sinclair 47-56 Sean Murphy, a good long range pink from Murphy sealed the opener. Mike Reddington 78-79 Matt Radley, this went on over an hour before Radley won out after a good safety battle on the black. Chris Winterburn 19-74 Marek Kenny, a tough assignment for Winterburn’s league debut and it was one way traffic, Kenny scoring heavily with several teen breaks. Richard Hillier 60-61 Graham Ashton, missed opportunities from Ashton as Hillier extended his start to a lead of over 40 points. Some good snookers and a fair bit of luck helped him take it to the black which he eventually potted, despite a massive twitch! Lee Gale 65-43 Marc Bolton, Gale’s 23 break in the finale at least gave Jacksons a consolation point. Overall, a lucky result for the Rockets, with three extremely close frames going their way and lifting them back into pole position.

This was a near disaster for St Olaves, they were a player short so started 1-0 down and another player got beaten by over 100 points. However, they still came away with the win after taking the first three frames played. Rhys Moore 38-58 Dave Kelly, promoted to the top of the order for a change, Moore set about knocking in some lovely long reds but couldn't make the most of it when in amongst them. Kelly kept chipping away and sealed the frame with a great pink cut to middle. Rob Callister 48-60 Paul Smyth, a good battle in a frame of excellent pots that both could have won, but in the end Smyth pipped it on the black. Dollin Mercer 50-76 Darrell Thacker, a bizarre scratch game where none of the balls behaved like they should. Pots were made that shouldn't be possible and simple shots wouldn't go in. Thacker had the run of the luck getting half a dozen snookers on Mercer which was ultimately the difference. Having lost the match, it was down to Paul Tangeman to limit the damage to Reprobates title challenge. The home team had faith that Tangeman would see it through, not only is he top of the individual league but also the wonderful stat that at no point during the season, have both Tangeman and Moore lost on the same night! What came next however was not expected. Having a 49 start over Kerr, Tangeman set about dismantling the table with his highest league break of 24 and continued to score on almost every visit to the table, even when the cueball was tight to the cushion. Kerr wasn’t offered many chances and finally conceded when Tangeman had run out of space on the scoreboard at 120-13! A great performance from Tangeman earning him a third handicap cut.

Jamie Wilson 26-66 Mike Crook, Crook took a couple of early tempters with colours to stretch his 35 start. He then had some run and made a dog’s dinner of the colours to limit Wilson’s chances. Shaun Roberts 66-43 Don Humphries, too many in-offs from Humphries as Roberts bossed the frame with solid potting. Needing one snooker on the pink, Humphries played a nice cannon onto the black to bring it off the cushion and lay the snooker. However, Roberts escaped and soon put it to bed. Chris Dagnall 75-68 Geoff Hall, Hall’s 35 start soon became well over 50 with a couple of early reds and blacks. He barely potted another ball until the final blue as Dagnall clawed it back, bit by bit. A great pink, cuing tight off the cushion, followed by an even better black to middle, cuing from the jaws of a corner bag capped a remarkable comeback. Gary Conwell 20-64 Jim Caley, Peel’s super-sub Caley made it five wins from six, using a cue off the rack as is his wont. Conwell was not at his best and after Caley confidently took a tricky final red along the cushion with an easy black it was snookers required. Steve Munk 47-40 John Kelly, the decider not only went to the black, but a re-spot as well. Kelly had to make two long half ball pots on pink and black to force the re-spot before Munky took frame and match with a similar long range effort.

Both teams desperate for the win where Blinders had won all three previous meetings. Mike Doherty 31-68 Martin Rigg put them ahead but from then on it was all about the Musicians. David McVeigh 58-31 Jez Hill, Matthew Dodd, recalled to action 50-23 over Ivan McMaw and Vic Rigby 95-77 Calum Gardner wrapped up the victory. The highest break of the week, a 33 from Gardner not enough to reel in Rigby. Finally, Dave Hanlon 55-25 Scott Campion made it comfortable for the home team. Could that be the end of Blinders challenge?

Dave Pickersgill 55-42 Harry Minor, another thriller for the ‘black ball king’ Pickersgill. Close throughout with both players getting good single pots but not putting much together. With two balls remaining Minor had a few good chances on the pink before Pickersgill took both to steal the frame. Phil Joynes 90-50 Steve Cowin, no contest as Cowin was never at the races with a few in-offs and Joynes played well with a best break of 23. Terry Boyle 44-63 Fred Corris, with his 28 start Corris stayed ahead. At two reds left, Boyle, who can’t buy a win at the moment got red and black and needing the last red and a colour to go ahead, went in-off while potting the red. Corris took the colours down to the pink for an easy win. Matthew Astill 66-52 Dave Corris, the best frame of the night, good potting from both players and Corris with a 20 break. Astill took frame and match on the pink and is one win from a handicap cut. Marc Morley 50-74 Paul McKinstry, 49 start for McKinstry and he played steady. Morley tried hard to get back in the frame with some good pots but to no avail.

Reprobates and Peel have played one game more than the others.

A great set of results for Paul Tangeman in his quest for the individual league title, his three nearest challengers all lost. With 15 wins he leads by two with just a handful of games remaining. Rhys Moore is second on 13, then Calum Gardner, Johnny Myers and John Kelly with 12. In the high break league, Tom Miller stays on 25.5 points, his lead cut by Calum Gardner on 23 and Darryl Hill 20.