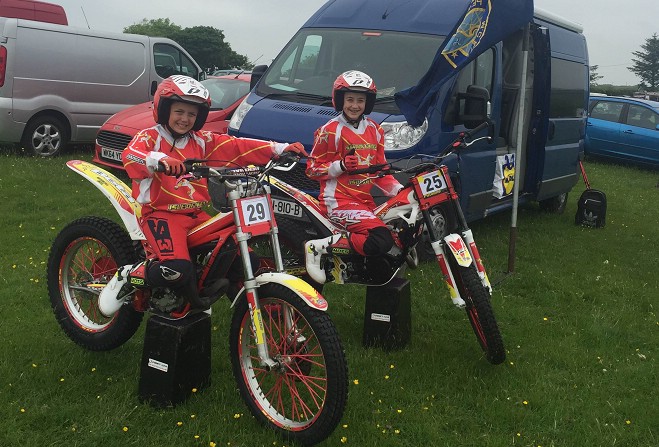 First and second for Manx pair

Sunday saw the latest round of the Ladies and Girls British Trials Championship in Devon, run by the Torridge and DMC Club.

In Class B Ella Doherty, still recovering from injury, narrowly missed out on victory by five marks.

Leading at the end of lap two, she just couldn't quite maintain her high level of riding to pull off her first win of the year.

Ella moved up to third in the championship with her second-place finish, though.

In Class C Kaytlyn Adhead rode faultlessly all day, recording the best score on every lap to win by a clear margin of 10 marks.

This was Kaytlyn's first class win and moves her up to second in the championship.

Round four is this coming weekend, run by the Yeadon and Guisley MCC, where the girls hope to capitalise on these two great performances.