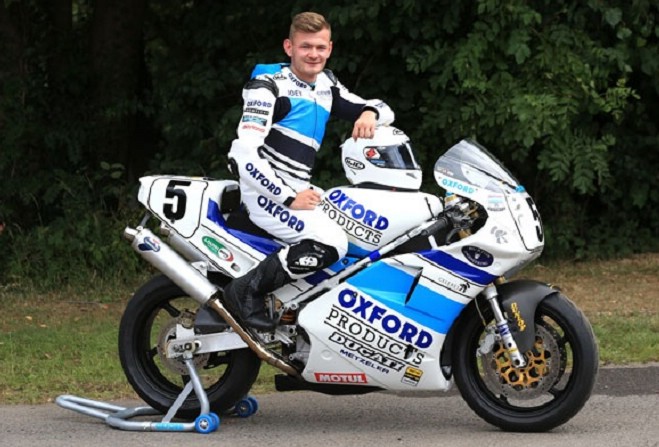 For the second year running, Oxford Products and Celeres Racing have teamed up to campaign their Ducati 888 machines in the RST Superbike Classic TT Race at the 2018 Isle of Man Classic TT.

James Hillier will again be riding for the team, joined this year by Yorkshireman Joey Thompson who is making his debut at the event in just his second year of road racing.

Last year, Hillier recorded a 122mph lap in practice, only to be side-lined by an errant stone on the second lap of the race.

He will again run race number five this time around, with 20-year-old Thompson at number 20.

Team owner Stafford Evans is optimistic for a good result this year, and says a podium result should be 'very achievable'.

The campaign continues the celebration of 25 years since Trevor Nation, Robert Dunlop and Mark Farmer rode the Oxford Products liveried Ducatis, back in 1992/3.