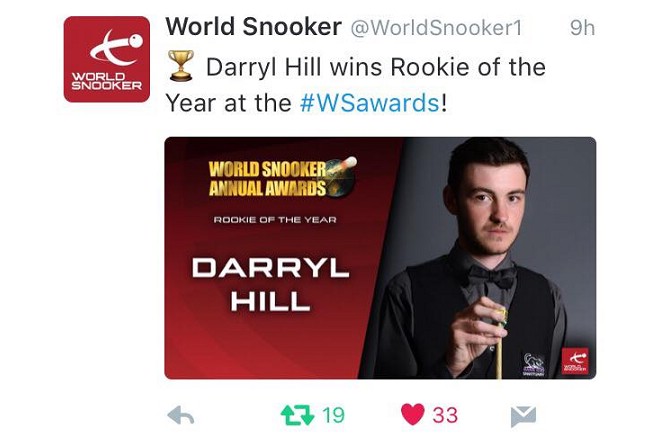 He was named 'Rookie of the Year' at the World Snooker Awards ceremony at the Dorchester Hotel in London last night.

Hill has risen to number 92 in the world rankings in his first year as a professional.

Darryl went to the awards ceremony with Isle of Man Snooker Association Chairman Ken Kinrade and the table seating plan had them talking straight away:-