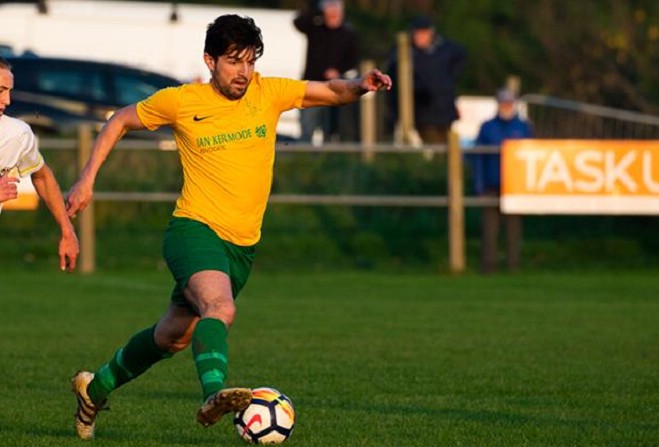 The top two in the Canada Life Premier League meet in what many feel is a potential title decider this weekend.

Peel are three points clear at the top of the table but have played one more game than second-placed St Mary's, as the westerners head to the Bowl on Saturday.

Pole position in the top flight has changed hands between the pair already this term, with the Saints leading the way earlier on in the campaign before Steve Falconer's side assumed the top spot in November.

Goals from Daniel Bell and the highly-rated Rhys Oates were enough to help seal a 2-1 victory for Peel in the reverse fixture back in October, but since then Alex Harrison's Marys have registered seven wins and a draw in the league.

The title will not be won or lost tomorrow for either side, regardless of the result, but the outcome is sure to have a significant say in where the trophy ends up at the end of the season.

Should it end all-square, the point would favour St Mary's due to their superior goal difference and a game in hand on their title rivals.

At the other end of the table, Douglas Royal host Marown with both sides still in danger of relegation.

Laxey, who came from 4-1 down to beat Douglas Athletic in the FPI FA Cup last week, face a daunting task as they welcome fourth-placed Rushen to Glen Road.