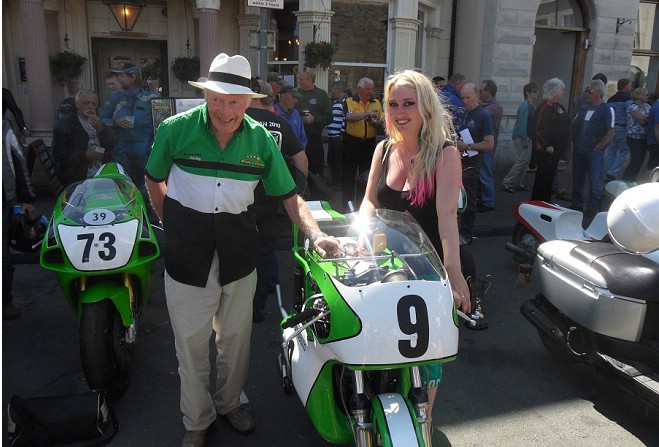 Helped so many riders for decades

Tributes are being paid to a well-known figure in Manx motorcycle racing who passed away earlier this week.

Des Collins has provided machinery to many riders at the TT and Manx Grand Prix since 1970 when he established a team with the late Percy Wilson.

In 2011 he joined forces with Ronnie Russell to form Team Collins & Russell.

Among those paying tribute on Twitter is Conor Cummins who says he will always be grateful to Des for helping him at the start of his career.

Double World Supersport Champion Andrew Pitt says he was a Manx legend, good friend and a bit of a rascal too.

He was always a friendly face around the paddock and loved the banter - Dessie will be sorely missed by many.