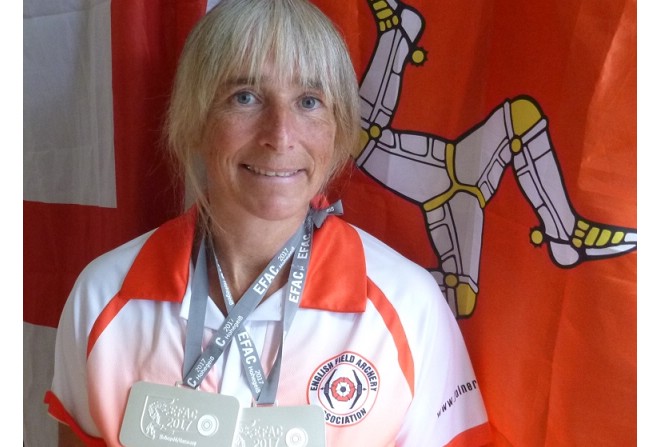 Competing for England in the Team of Nations competition, she was part of the silver medal winning team.

More than 700 European archers competed in the Championships.

Lesley from Ronague said: ‘I am pleased with my performances as there were some very difficult shots.

‘I have been training full time this year having taken a secondment from teaching. It was a good decision to take a year out as I have seen a marked improvement in my shooting.

‘I have been selected to represent England in international competitions and winning three World medals and two European medals have been the highlights of my year.’

Her final competition of the year will be competing next month for Great Britain at the World 3D Championships in France.

Lesley is a member of Bowderyn Vannin and Isle of Man archery Clubs.