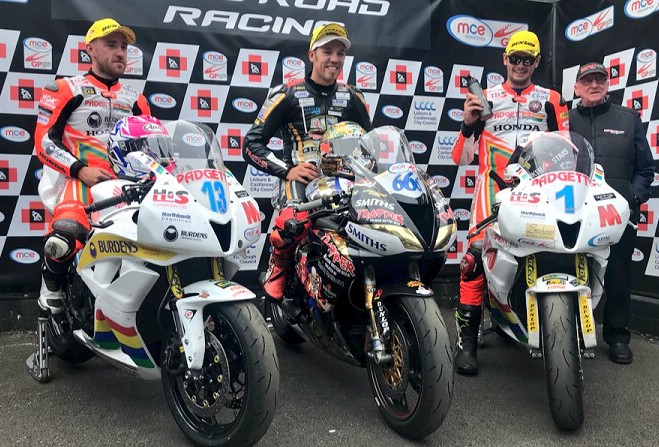 Wet conditions at the Dundrod circuit in Northern Ireland meant Saturday's big race day at the Ulster Grand Prix was disrupted and then curtailed.

Peter Hickman won the Supersport and Superbikes, while Dean Harrison took the chequered flag in the Superstock class.

The latter was red-flagged twice and ended up being shortened.

Manxman Conor Cummins was third in both the Supersport and Superstock races.

He slid off in the Superbikes, after starting on pole and leading early on.

It's been a fine race meeting for the Ramsey Rocket, with three podiums, including a win in Thursday's Supersport race, and the fastest ever qualifying lap on the circuit.

French rider Fabrice Miguet is in a critical condition, following a crash in the Superstock race, while Davey Todd was taken to hospital with suspected fractures, after being involved in one of the red flag incidents in the Superbikes.