After two and a half days of competitions in the Villa Marina, these are the winning performances featured in our two-hour results round-up (please note that the list below is not necessarily the order in which the pieces are played in the programme):

THOMAS SHIMMIN - Winner of Instrumental Solo - Brass (up to year 6) 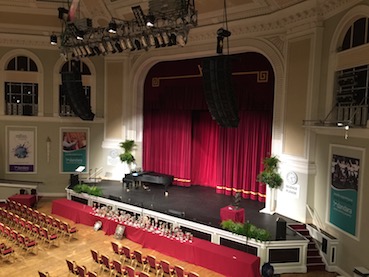