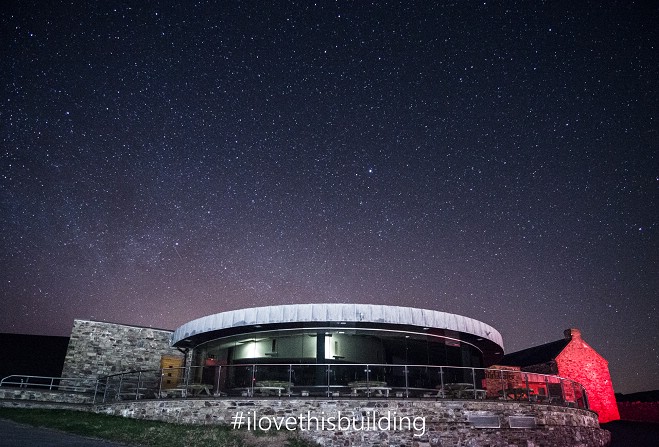 A shot of the Sound Cafe taken in the dead of night has won an Island-wide architecture photography competition.

Photographers were invited to submit an original shot of their favourite building to a competition run by Isle of Architecture in Gallery Magazine earlier this year.

The aim of #ilovethisbuilding was to produce fresh viewpoints on Manx buildings old and new.

Paul Ward's winning shot of the Sound Cafe under a sky sparkling with stars is described by one of the judges Patricia Tutt as 'imaginative and inspiring'.

The Sound is an official Dark Sky Discovery Site, which gives views of the night skies free from light pollution.

Paul's photo wins him a voucher for £300 to stay at the Manx National Heritage cottage Yn Thie Thooit at the Lhen in the north of the Island, and a hamper of local produce and bottle of champagne to enjoy there.

The photo is included in an exhibition of all those entered in the competition, running at Noa Bakehouse in Douglas until the end of July.