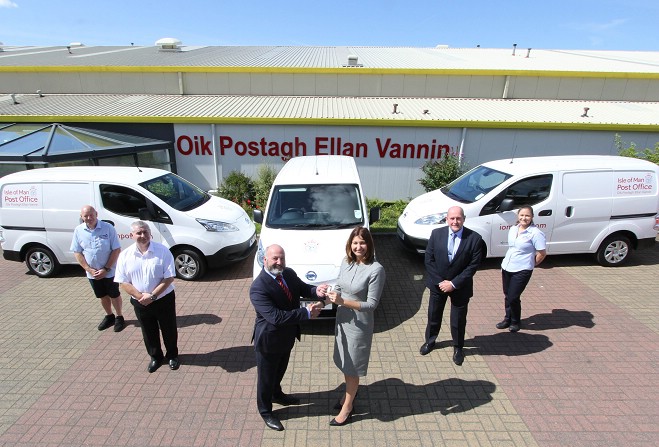 Isle of Man Post Office is trialing electric vehicles in a pilot scheme designed to reduce both emissions and costs.

Three are already in use on the Island's roads, the remaining vans will join the fleet by the end of August.

Post Office bosses are running the trial after feedback from counterparts in Guernsey and Jersey, who say the Nissan vehicles are ideal for the stop-and-start nature of the operation.

At preent the vans are white with Post Office branding - but if the trial's a success, all vehicles in the fleet will have the traditional red livery.

The Post Office says the project's in line with the Programme for Govenrment aim to encourage businesses to become more energy-efficient.

Isle of Man Post Office interim CEO Lisa Duckworth said: "Our research has shown that other Posts have benefited from similar vehicles, not only in saving costs, but also reducing their carbon footprint and we are looking forward to putting our new vehicles through their paces to explore how well they suit our Island operation.”