Industry-ready IT qualification at RGS 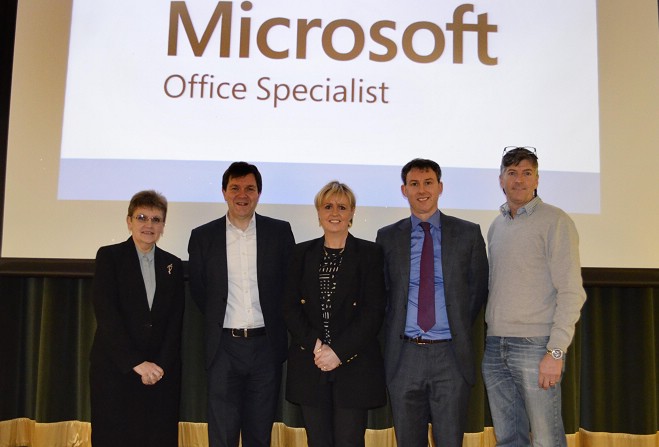 An IT qualification, designed to enhance the job prospects of Island students, has been launched at Ramsey Grammar School.

More than 140 year 9 pupils have signed-up for training in Microsoft Office Specialist, through which they can gain recognised certification in Microsoft Word.

The programme was launched by the Manx Educational Foundation and specialist IT training firm Prodigy Learning.

A presentation was also given by Mark McManus, Cloud Services business manager at Microsoft, offering insights to Year 11 and sixth form students into IT as a future career.

RGS headteacher Annette Baker has thanked MEF for supporting the project, which she described as "simultaneously of economic and educational benefit to young people and the Isle of Man".