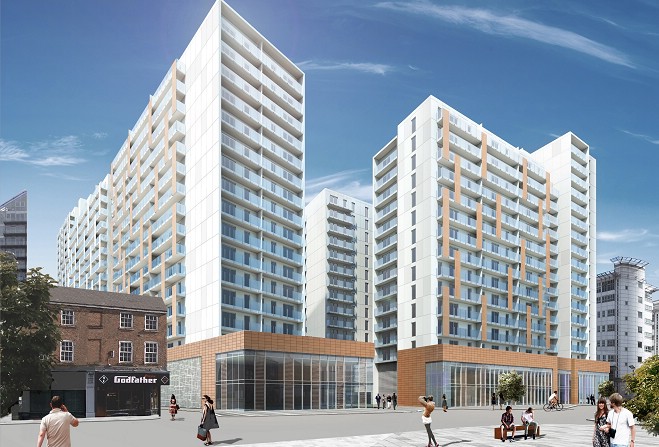 PRS Deal of the Year

Dandara’s planned development across Manchester, Leeds and Birmingham has been named PRS Deal of the Year at Property Week’s RESI conference and awards, one of the UK’s most significant industry events.

With an estimated value of around £400 million, Dandara Group’s projects to deliver new homes in prime city centre locations attracted financial backing from the Homes and Communities Agency’s Home Building Fund and HSBC, and are expected to create up to 1,500 new construction jobs.

Staff at Dandara’s headquarters in the Isle of Man have been working on the project for several months and will have major roles in key elements of the developments as they move towards the planned completion date of December 2019.

Dandara Managing Director Seamus Nugent says the award is recognition of the collaboration and planning which goes into delivering projects of such scale and complexity.

The RESI Awards, organised by Property Week, is now in its sixth year and celebrates the residential property market and its successes of the past year. The awards ceremony is an extension of the RESI conference, held annually in London.