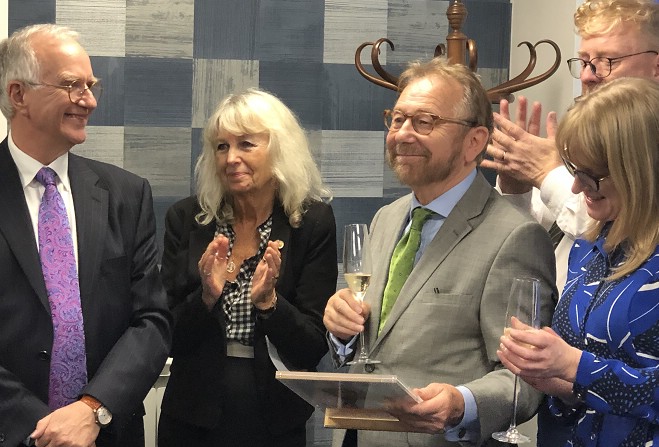 The award was created ten years ago in memory of First Deemster Michael Kerruish.

Recipients must show Deemster Kerruish's principles of ‘never giving up and always doing [their] best’ whilst undertaking the 'highest level of endeavour, whether professionally or within the community.'

The presentation was introduced by former Deemster and Honour Judge of Appeal Geoffrey Tattersall QC, over a video conference call, who complimented Terence "on building a great reputation in practicing law over almost 30 years and being a valued member of the Isle of Man Law Society."

"It was Terence’s unquenchable enthusiasm around the organisation of the hundred years commemoration of the Great War and the production of the ‘Soldiers of Law’ memorial booklet that contributed to his successful nomination for the award."

Mr Tattersall went on to say "Deemster Kerruish would have applauded Terence’s efforts and [he] is a worthy recipient of the award."