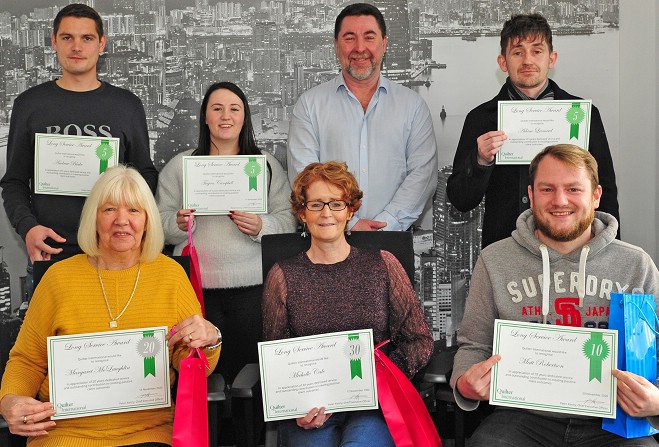 Six employees of Quilter International have been rewarded for their many years of service at the wealth-management company.

Three employees, Andrew Blake, Tiegan Campbell, and Adam Leonard were rewarded for five years at the company, while Margaret McLaughlin and Matt Robinson were credited for 20 and 10 years respectively.

The longest-serving of the bunch, Michelle Cale, celebrated 30 years working for the company.

All six received gifts and certificates marking their achievements.

There to issue the awards at the company’s HQ at King Edward Bay House, Onchan, was CEO Peter Kenny, who credited their ‘loyalty and significant contribution to the company’.