On Air Early Breakfast Chris Williams | 5:00am - 7:30am
Doobie Brothers - Listen To The Music (Remix) Download

Abbotswood family feel 'shut out' over future of loved one 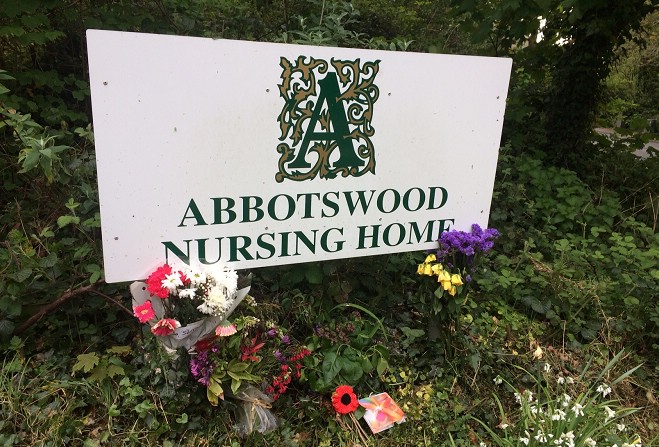 A relative, whose grandmother is a resident at Abbotswood nursing home, says the family has been 'kept in the dark' regarding her future care.

Last weekend, the Department of Health and Social Care announced that remaining residents of the home would be relocated later this week.

It is understood a conference call between the DHSC chief executive and all the families concerned was planned on Saturday (9 May).

However due to technical difficulties, Kathryn Magson is said to have contacted families directly over the phone.

Though for 'Annabel', who has asked to have her name changed to protect her identity, says 'no one has contacted us [her family] to discuss' the decision.

'We’ve had communication from Abbotswood staff, they actually contacted a family member of mine yesterday (10 May), to say they weren’t informed of the home’s closure as well, and unfortunately, they had to find out from the press release.

'Is it a permanent relocation? We don’t even know that. Would it be a temporary measure until we found somewhere suitable for her? There’s just too many unanswered questions.

'We feel decisions are being made without involvement and clear consultation with the families and that predominantly, we’re being shut out.'

Last month, DHSC took over the running of Abbotswood following an outbreak of coronavirus.

To date, 47 out of 52 residents have tested positive, while 19 from the home have died.

At Monday's media briefing, Health Minister David Ashford said his department is 'not going to proactively publish information about Abbotswood', adding that families are the first priority not the public.

Seven residents have since recovered from the virus, including 'Annabel's' grandmother, who has been in Newlands for the last 3 weeks.

She says she is 'very grateful' to staff on the re-purposed hospital wing who worked 'very hard' to oversee her 'Nan's' recovery.

'They contact us and update us, but it’s very much about how she’s doing clinically. There’s no information about a plan going forward, or about her residency or where’s she’s going to be placed.

'But we’re really concerned and worried about the upheaval for her, because she’s got a cognitive impairment as do most of the residents at Abbotswood, I feel like no one’s really thinking about the effects of the disruption and for her to be reallocated to another nursing home now means another new environment, it’s other people and everybody in PPE as well, which I think is incredibly terrifying, when you don’t quite understand what’s happening.'

In light of the home's closure, 'Annabel' says it is not clear as to where the £1030 a week for the cost of care is going.

'Now that it’s closing and the residents are being moved out, where is this money going? Is it still going to the company?  Is it now funding their care at Newlands? We need answers to these questions, because it’s a significant amount of money.'

Since the outbreak at Abbotswood last month, she says it’s been 'stressful and terrifying' for her family, claiming there’s been 'a void of information' from the department.

'We just want a phone call. We want somebody to ring us up and say, ‘this is the plan, what do you want, how involved would you like to be.

'We’re just hoping for some closure from all of this. We just want her to be settled now in a place that we know she’s being taken care of and a place that she can call home.'

Responding to concerns, the health minister said the department's preference was to keep residents at Abbotswood, but says the priority now is 'to safely transfer' them to Newlands where they will await further relocation.

Terms were proposed by the owners of the care home in relation to a lease of the building which would allow the department to carry on its operation.

However, Mr Ashford said the offer was 'unacceptable' and wasn't 'value for the taxpayer'.

'Urgent remedial works' have been undertaken by DHSC to the facility, while a number of investigations are underway into the circumstances that led to suspension of the care home's licence.

A further letter will be issued to the families later today (11 May).