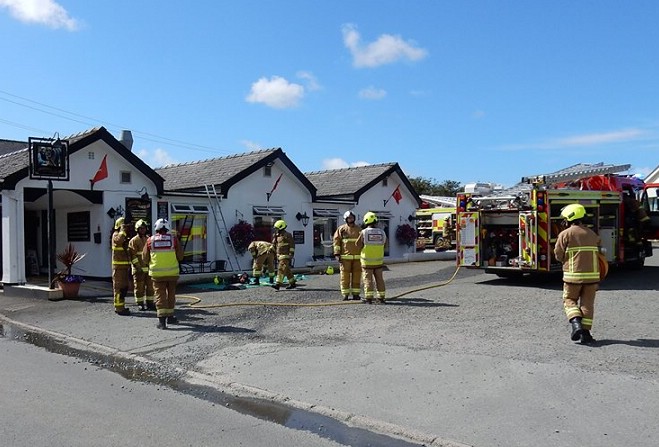 Two blazes in an hour in north

A main road in the north of the Island was closed yesterday, as fire crews tackled a blaze in a village inn.

The Grosvenor Pub in Andreas was reported to be on fire shortly before noon, with flames spreading from the kitchen.

Although the building's flat roof put the rest of the pub at risk, firefighters say adequate safety measures meant it could be contained.

It was later discovered that an industrial-sized deep fat fryer caused the blaze.

It took around two hours to tame the fire and secure the scene, with roads re-opening a short time later.

The incident followed an earlier fire at a Jurby property. The call out to the Threshold came just before 11.30am and was attended by crews from Ramsey and Kirk Michael.

Crews wearing breathing apparatus used hose reels to extinguish blaze in the kitchen which was threatening to spread through the property.

There was extensive damage to the kitchen and smoke damage to the rest of the property. The fire had been caused by an electrical fault on a fridge freezer.