Another anniversary - this time, 'The Old Peel Line' 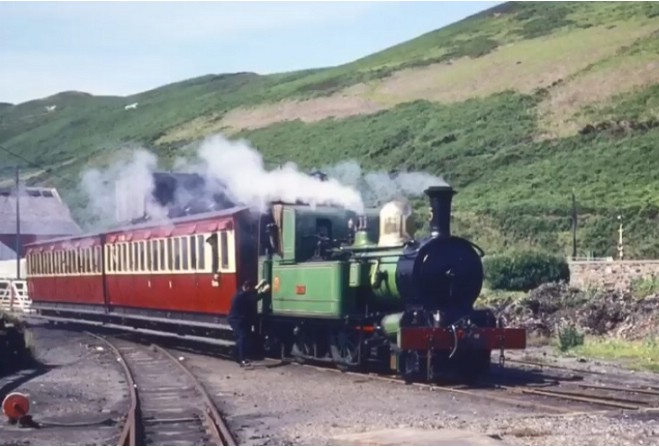 The Isle of Man Heritage Railways has again been whisking its social media readers down memory lane, following yesterday's commemorations of the end of the Ramsey line.

The Old Peel Line was written by Joan Pomfret in 1972:

The old Peel line is overgrown,
Finished, forgotten and alone,
It runs beneath an Island sky,
Where once little trains went by.

Yet faintly on a summer day,
With laughter echoing all the way,
A ghostly engine-whistle shrills,
By Tynwald, and at Union Mills.

And I remember, looking through,
Those carriage-windows, every view,
Of cushag-covered bank and bend,
Was like an old familiar friend!

For me, the Peel Line seemed to span,
Each lovely golden mile of Man,
Its trains with every stop and start,
Brought magic to an English heart.

And how I wish time could turn back,
Along that narrow weed-grown track,
That once more I could catch a train,
To Peel, and to my youth again...