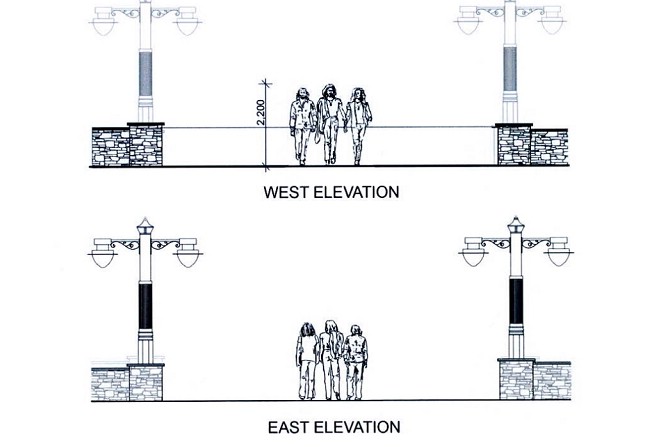 The leader of Douglas Council says plans for a statue of the Bee Gees on the promenade will have 'worldwide appeal'.

According to David Christian the authority wants to create a landmark feature that both visitors and locals will appreciate.

A shelter between the sunken gardens on Loch Promenade will be demolished to make way for the statue.

It will depict the three Manx-born Gibb brothers atop a vinyl record with the words 'Ellan Vannin' written around the perimeter.

Robin and Barry Gibb attended a ceremony at Douglas Town Hall in 2008, where they were awarded freedom of the borough.

Mr Christian says discussions over a statue started back then, and the authority is trying to see if Barry can attend the unveiling next year.

The leader hopes, pending planning approval, it will be complete in April next year.

The project, which includes demolition, lighting and civil works, is estimated to cost around £150,000, bringing the council's total investment in the promenade past the £1 million mark.

Mr Christian says the authority is using funds put aside from the sale of the horse trams, so the statue won't have an impact on rates.

The authority has also invested around £800,000 in lighting as part of the promenade regeneration scheme.

The three musicians were born in the Isle of Man during the 1940's, and went on to find fame as the Bee Gees, one of the best-selling artists of all time, in a career which spanned decades.