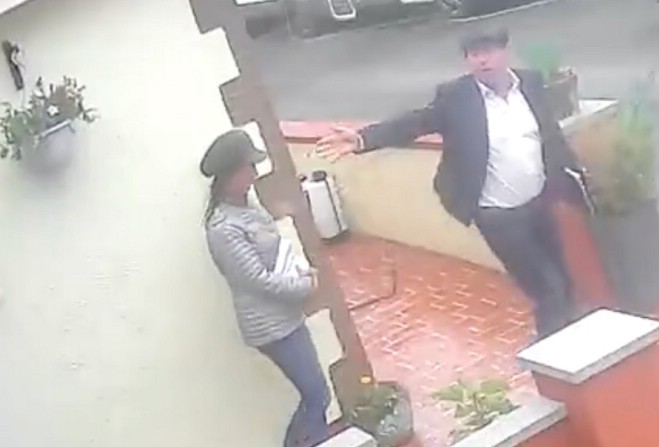 Keys candidate in 'go back to Ireland' outburst

A candidate in next month's general election has been recorded having a dispute with constituents.

Geoffrey Boot can be heard shouting "go back to Ireland" to a couple as he left their property.

It's not known what prompted the exchange but the DEFA minister says the footage lacks context.

Posting the three-second clip on Facebook, Oona Mairead Campbell alleges the outburst came after she pressed Mr Boot on his achievements during the last administration.

She wrote: "Is "Go back to Ireland" the same as saying "there's a boat in the morning"?

"Geoffrey Boot canvassing for votes on our doorstep and not liking my questioning around: "what has he achieved in the last 5 years"."

However, Mr Boot told Manx Radio his wife had been subjected to verbal abuse.

He said: "The three second clip has no context and was the culmination of a five-plus-minute exchange that my wife described as verbal abuse, not from me!

"Whatever I say will not put a lid on it, consequently I know what really happened and I’d prefer to let sleeping dogs lie and concentrate on the real issue."

Mr Boot is standing the in the Glenfaba and Peel constituency, along with Trevor Cowin, Tim Crookall, Leo Cussons, Ray Harmer, Michael Lee and Kate Lord-Brennan.