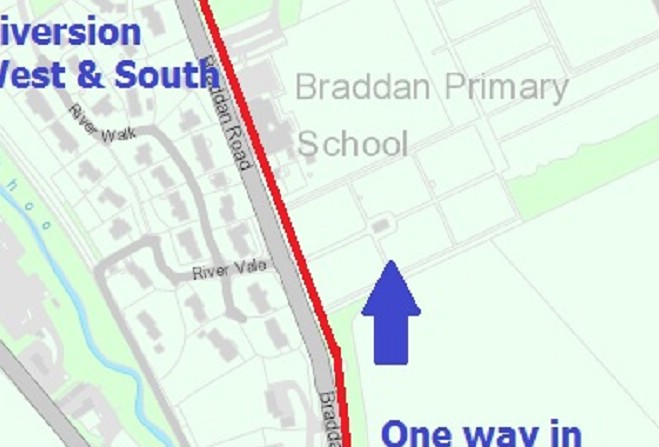 Safety barriers will be installed outside a primary school in Braddan after delays to road works.

A one-way system on Braddan Road is also being extended.

The Department of Infrastructure says work to improve the road won't be completed until Sunday, 12 September.

It's blamed the delay on finding a stone wall which was in danger of collapsing.

As a result the wall had to be partially demolished, and rebuilt, before the pavement could be put in place.

Some underground workings - which were encased in concrete - have also had to be re-positioned.

The work has also been affected by staff being deployed to the delayed Douglas Promenade scheme.

Agreement has been reached with the headteacher, and police, to ensure children can access the school when it restarts on Wednesday.