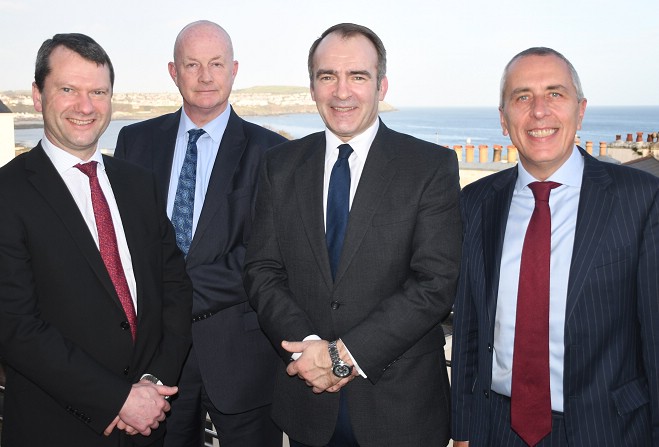 Treasury Minister Alfred Cannan has presented his fourth budget and says it's designed to provide focus on a sustainable future.

Income tax remains at the same levels - a standard rate of 10% and a higher rate of 20%.

Personal allowance, the level of income before you pay income tax, has gone up by £250 to £14,250 which treasury says will lift 465 people out of the tax net.

It will mean a saving of up to £50 for an individual, and £100 for jointly-assessed couples.

Lower and middle income earners will benefit from a 10% increase in the earnings threshold to national insurance contributions, which should help around 41,000 people, but up to 3,500 higher earners will pay more.

There's potentially good news for pensioners with a 3.9% rise in the Basic and Manx State Pension, which will mean up to £7 more a week in the pocket of a single pensioner and up to £15 for a couple. 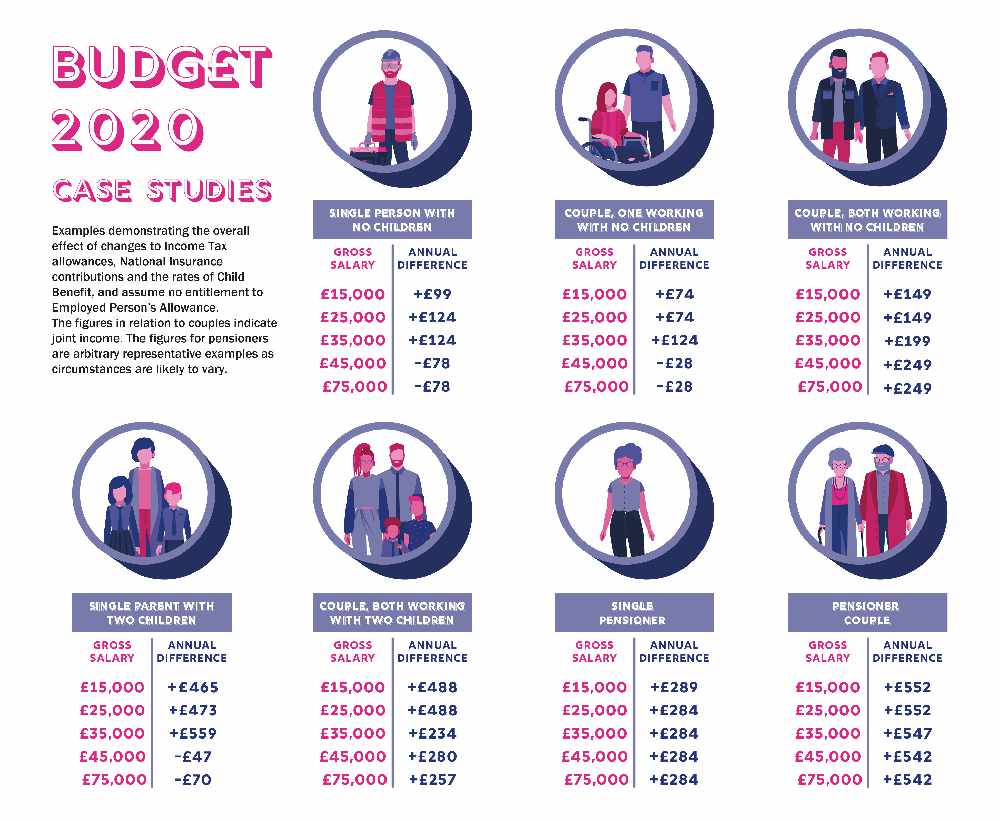 There's a 5.2% rise in income support for pensioners on low incomes.

There are increases too for child benefit and disability allowances. 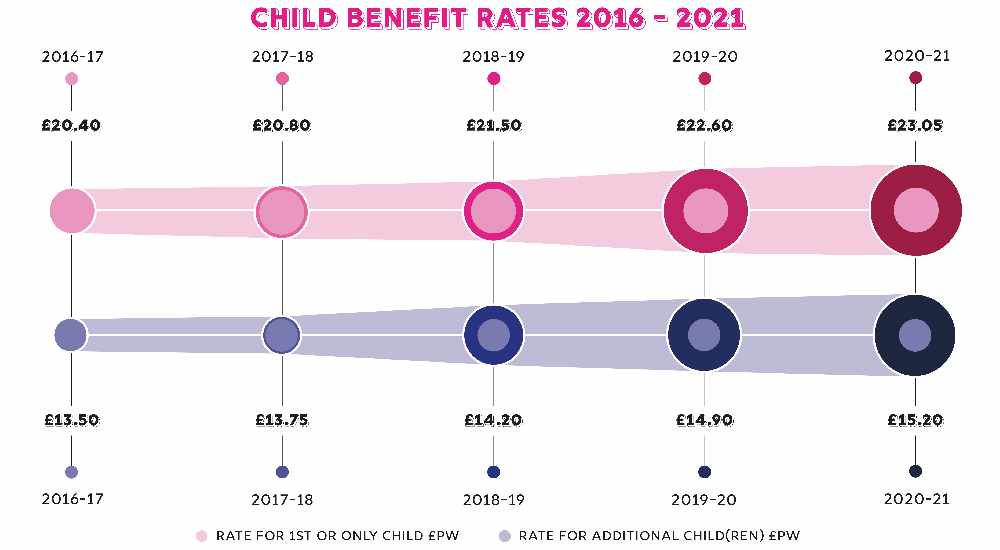 The Department for Health and Social Care is set to benefit from £5 million added to the transformation fund which was recommended in the Sir Jonathan Michael's review.

There's a further £2.2 million to support the development of new and expanding services as well as strengthening our air ambulance link.

There is £2.8 million for the 2% pay increase - the 2% pay cap remains in place for all government workers.

There's further funding for the creation of the Manx Care Shadow Board, redevelopment of the Radcliffe Villas complex for those with learning disabilities, the GP surgery in Peel including a GP training centre, replacing radiology equipment, upgrading the emergency department and replacing the ambulance fleet.

More than £540 million is scheduled for capital schemes over the next five years.

In addition to the Isle of Man Ferry Terminal in Liverpool, Ronaldsway Airport will see a refurbishment of ground services and a replacement runway landing system.

Forty-six-million pounds has been allocated to highway schemes over the next five years including residential roads. 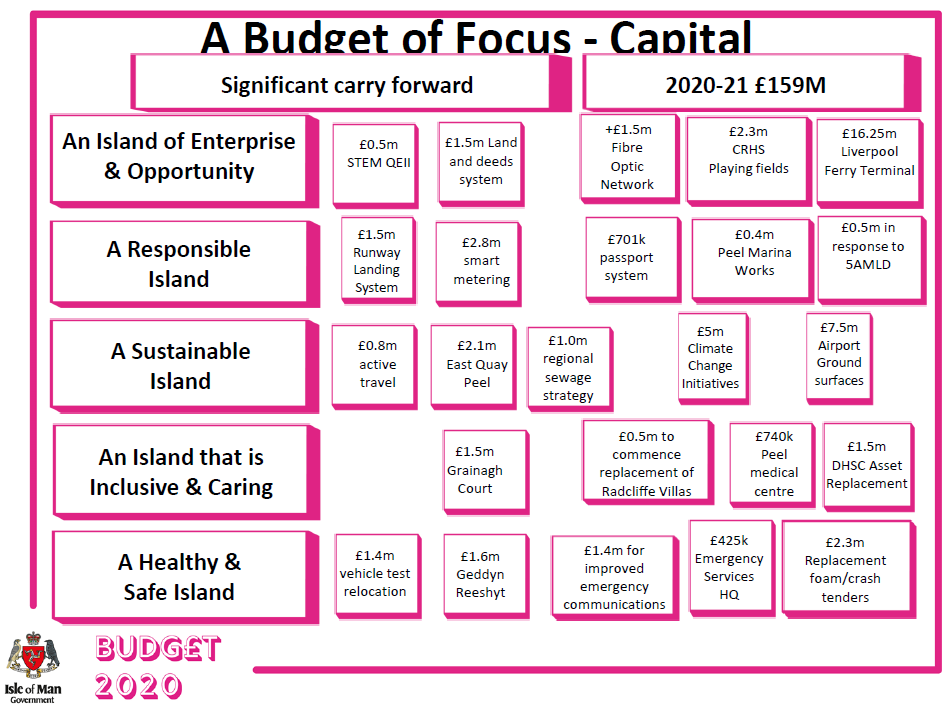 Active Travel will see £2 million committed to working with schools and workplaces as well developing routes in Douglas, Onchan and Braddan.

Funds of £10 million have been set aside on green initiatives to mitigate the impact of climate change and develop the longer-term strategy following Professor Curran's report.

There's a joint scheme with Manx Birdlife to create a new nature reserve at the former landfill site at the Point of Ayre plus further investment in national glens and footpaths.

Other areas to note include the continuation of the National Insurance Holiday Scheme to help people relocate to the Island, £5 million to support new businesses, £500,000 for apprenticeships and £1.5 million for the continued rollout of fibre broadband.

You can view the budget at a glance here.