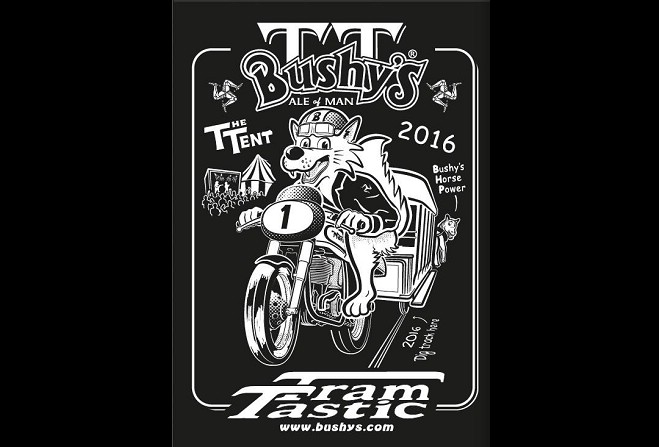 A row is brewing between Bushy's Brewery and the Department of Economic Development.

The Santon-based beer-maker is seeking legal advice after DED threatened to sue over the use of the letters "TT".

The "Bushy's TT" brand was registered as a trademark in November 2014 and is used on the popular annual t-shirts and stickers.

According to Bushy's, the government department has demanded they stop using the TT letters as it is a breach of their trademark.

Failure to do so will see the matter taken to court along with a bid to overturn the Bushy's TT trademark.

In a press release, Bushy's Brewery Managing Director Martin Brunnschweiler says “Bushy’s is a local Manx company that enjoys helping people celebrate the motorcycling festival in June, and one that I hope contributes to the visitor economy. But we now find ourselves forced to seek legal advice as we may have to make some changes to this year’s sticker and T-shirt design – as well as the Bushy’s TT tent on the Bottleneck Car Park on Loch Promenade in Douglas.”