Call for Tynwald to sit through the summer amid pandemic 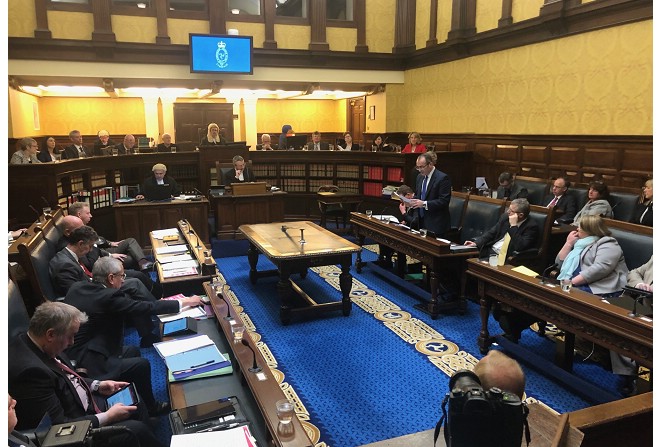 An MHK has called for Tynwald and its branches to forgo the summer recess and continue to sit, to avoid a 'bottleneck' in passing new laws.

Bill Shimmins says ensuring parliament continue to meet is a must, with a packed legislative programme tabled by government, and the likely need for new laws as a result of the coronavirus pandemic.

The Tynwald summer recess lasts from the end of July until mid-October, a break which stems from the traditional agricultural calendar.

In 2017, Mr Shimmins' motion to shorten the recess to September was defeated, with MHKs showing little appetite to change the break.

The Treasury member says it's likely a raft of new legislation will be needed to tackle these issues, with the coronavirus pandemic damaging the economy and creating high levels of unemployment,

Extraordinary sittings of Tynwald can be called at any time to deal with emergencies, but Mr Shimmins is concerned there won't be capacity to deal with these extra demands.

The President of Tynwald is Steve Rodan says if there's enough demands from members, the oldest parliament in the world can be recalled at any point.

There have been six extra emergency sittings of Tynwald since the last regular sitting in March, with both branches also meeting to put through primary legislation.