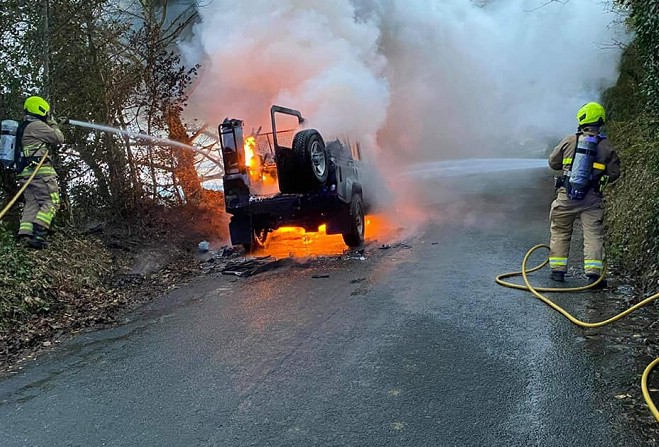 What caused a family's car to spontaneously go up in flames remains unknown.

Crews from Ramsey were called to reports of a vehicle on fire in the North of the Island yesterday. (31 Dec)

An eye witness described the flames to be 30 feet high as the 4x4 'exploded' near to the Venture Centre.

Those in the car suffered minor burns but made it out of the vehicle before the car was engulfed in fire after they saw flames coming from the bonnet.

IOM Fire and Rescue says 'the exact cause of the fire is unknown at this time'.