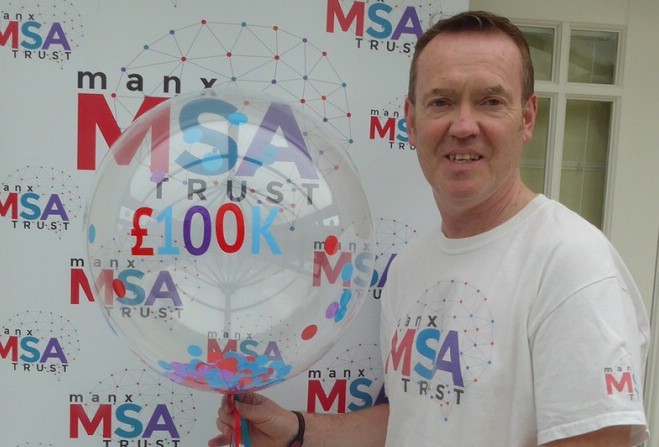 A Manx charity founded to help sufferers of a rare degenerative disease, has raised £100,000 in its first 18 months.

The Manx MSA Trust was set up by Island resident Chris Blake to raise awareness of Multiple System Atrophy among doctors here.

Chris discovered he had the condition at the age of 39, but it was a diagnosis which took five years to confirm, mainly because the condition is not well known.

The charity is using its funds to establish a research project to find an early diagnosis for MSA through a simple blood test.

A number of bio-med firms are collaborating with experts at University College, London on the project, which is hopeful of releasing preliminary results in the next few months.

Fundraisers have thanked Island firms PokerStars, Lloyds Bank and  Barclays Bank for their support, along with many others who've donated time and money to the charity.