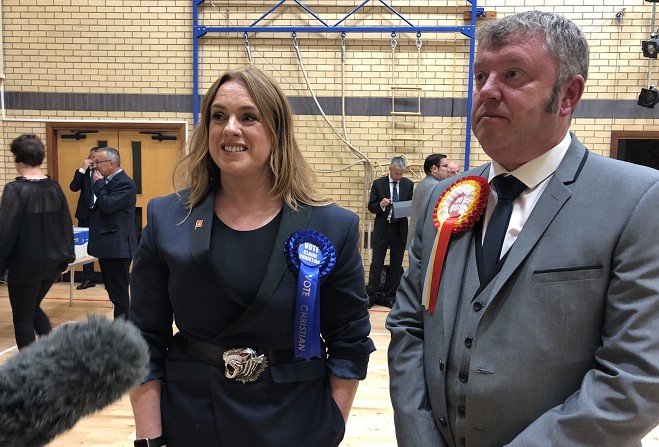 Two new MHKs in the capital

Local businesswoman Claire Christian stormed to victory in the Douglas South by-election, topping the poll by more than 400 votes.

The result was declared late last night at Scoill Valllajeelt, after a recount was requested by candidates.

There were 4,759 people registered to vote.

The by-election was held following the passing of Bill Malarkey in February and the resignation of former Liberal Vannin leader Kate Costain.

Christian and Quine will now serve in the House of Keys for 12 months, until next year’s general election in September 2021.

Claire Christian says she's delighted to be chosen by the people of Douglas South:

Paul Quine says he's pleased to get over the line, and paid tribute to his closest rival in the contest:

The result in order of votes was as follows:

Andrew Jessopp of the Isle of Man Green Party - 342

You can listen to the full broadcast of the result and subsequent interviews below: