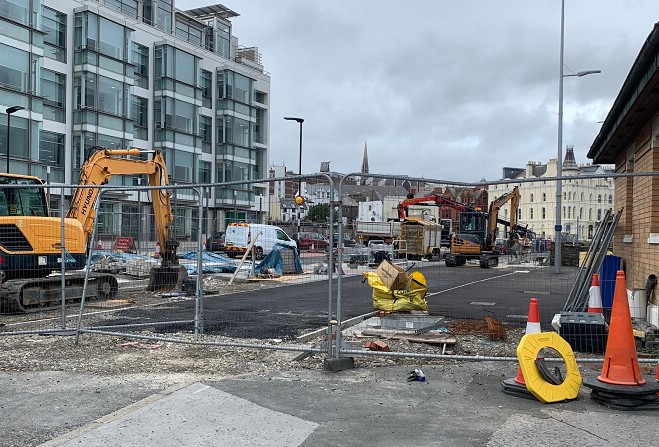 Claims have been made that some sub-contractors working on Douglas Promenade are being 'off-hired'.

It’s believed the workers, who are not from the Island, were given 72-hours to move personnel and machinery from the site.

Jason Moore is a Manx ground worker who's been working on the project for several years.

He says he knows of some affected by the situation:

In a statement government says the employment of sub-contract labour is entirely a matter for Auldyn Construction.

It's confirmed the Department of Infrastructure has been made aware that a local contractor has been engaged and, as a result, a UK contractor is no longer needed on the scheme.

Government adds the amount of resource committed to the refurbishment scheme remains the same but the on-Island spend will increase.