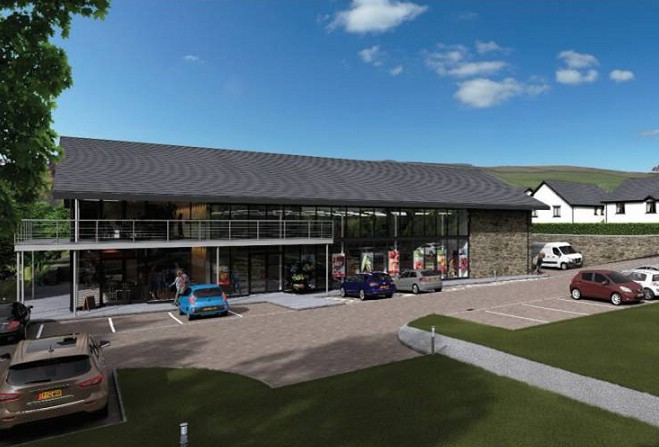 The Co-op will open a store on a new housing estate in Crosby, it has been confirmed.

Marown Commissioners revealed the firm behind a development on the former Ballaglonney farm, have signed a contact with the supermarket chain to operate in one of two retail units.

According to the commissioners, the store could be in operation 'possibly' by late summer and would mark an eleventh outlet for the Co-op on the Island.

In 2015, JM Developers submitted plans to build an estate consisting of 28 houses and two retail spaces.

Another five applications with revisions were made in the following three years.

Due to the coronavirus outbreak, the entire development was halted for four weeks.

Since the construction industry was allowed back to work, Managing Director John Lovelady says 'progress has been slow.'

'Normally, we have three or four trades in a house at time, but covid-19 restrictions mean we can only have one.'

Mr Lovelady says the other vacant unit 'lends itself to a cafe' due to the estate's 'picturesque setting', and says he is open to applications from interested parties.

The site for the new Co-op store, which is just shy of 500 square metres, comes with a manager's office, a staff room, three public toilets and a service yard for deliveries and storage.

Commissioners as well as residents strongly opposed the development, having fought 'long and hard against it' according to Chair Alison Lynch.

'One of our big concerns was the traffic coming out on to a very busy A1 road, but the highways division [at Department of Infrastructure] don't see a problem.'

Figures from traffic counts conducted in the village during September 2019, revealed a total of 64,000 vehicles travelling through Crosby in a week - an average of 80% were speeding.