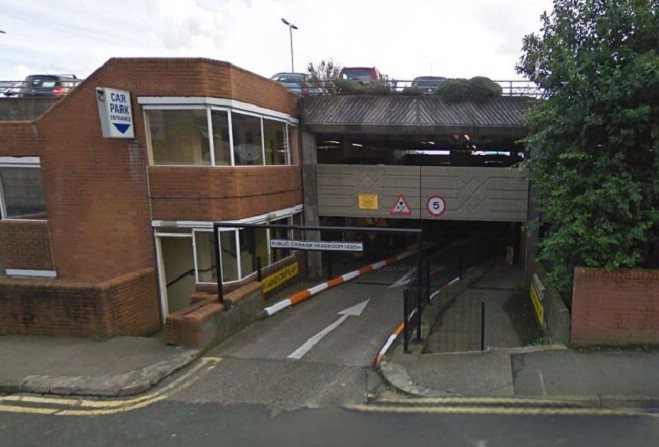 The leader of Douglas Council claims the Department of Infrastructure prevented plans to make parking in the capital free for the rest of the year.

It comes as the department waived charges for use of the Drumgold Street and Chester Street sites after taking back control of the facilities.

They had previously been run by the local authority, who paid a license fee each year to the government.

David Christian says the DOI rejected a request from the council to suspend the license fee and thus make parking free.

"We were running Chester Street and Drumgold Street M&S car park for the DOI. It was part of an agreement we had on localisation which had seen some of our grants disappear.

"The surplus made on those car parks offset some of the grants that we used to get."

Motorists had been able to park in the sites for free up until June, when the council said 'it is not for our ratepayers to subsidise them for island-wide users'.

Mr Christian told Local Democracy Reporter Chris Cave the authority had made efforts to ensure parking would remain free in Douglas until the new year.

"As time changed and [Covid-19] came in and obviously car parks were all free, we saw the income disappear altogether.

"As a council we had the view that we make the car parks in Douglas free until at least the end of September to give the retailers a chance of a bit of a fightback, and we even looked at the proposal - if the license fee was suspended for the whole of this year - was to leave the car parks free until after the January sales."

Those plans were quickly halted, though, according to the council leader.

"It was made quite clear to us we had to pay the full license fee. This would have been a severe impact on the ratepayer's of Douglas."

The council handed the running of the car parks back to central government in August, after stating it was 'financially unviable' for them to continue operating the sites at a cost of £1.3 million a year.

Since back in government control, certain sections of Chester Street have been made free of charge.

"We offered that two months before and we would have provided it straight away.  We wouldn't have re-introduced the charges [if the license fee was suspended] because we wouldn't have had to, [but] the DOI wasn't prepared to do that", Mr Christian said.

There was a change in infrastructure minister in June, as Ray Harmer was succeeded by Tim Baker; something Mr Christian accepts could have led to a mix-up, adding "there's probably been a change of thinking in the department."

Level 1 of the Chester Street facility is now free for residents affected by the ongoing promenade regeneration work in the town, with Levels 2 and 3 free of charge for up to two hours.

It's not been confirmed how long the parking fees will be waived before charges are re-instated.