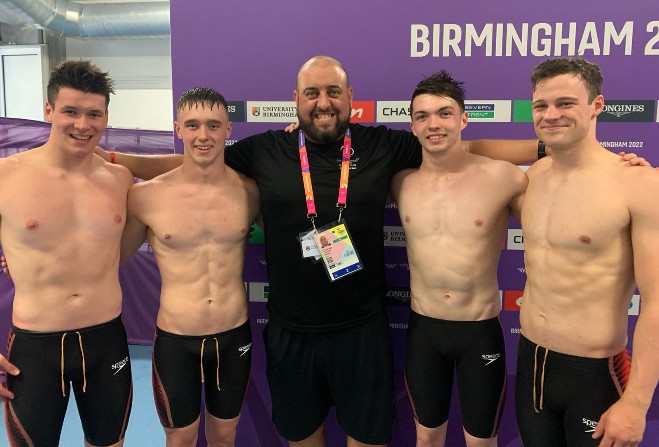 Team Isle of Man's male swimmers have impressed this morning at the Sandwell Aquatics Centre.

Meanwhile, Harry Robinson in the Men's 50m Backstroke heats finished in 2nd in his race and set a new personal best time of 26.72 - his previous was 26.95.

Into the heats for the Men's 100m Freestyle and in heat five, Robinson and teammate Alex Bregazzi were side-by-side in lanes three and four.

Bregazzi and Robinson went on to finish third and fourth in the standings in their contest and in doing so beat both their PB's in that class.

The Manx team signed off the morning session strongly with Joel Watterson straight in the pool after his Manx compatriots, finishing 2nd in heat six of the Men's 100m Freestyle in a time of 50.98 seconds.