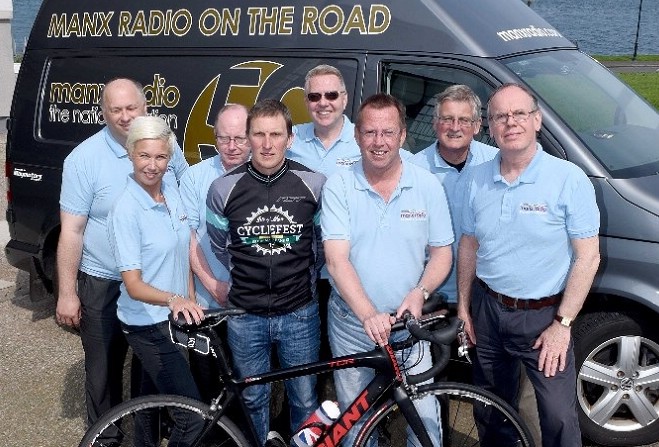 Day One of a major new sporting and community event for the Isle of Man - Cyclefest - is well underway.

Today's action is based in Ramsey where UK and international riders in the Pearl Izumi tour series compete in closed-roads racing.

After the team trial this afternoon (1500) large crowds are expected for the main race tonight at 7.30pm.

New technology is being deployed to bring on and off-road cycle racing commentary to air - while the station's HQ over the weekend will be at the lifestyle and entertainment festival at Milntown.

He says tonight race promises to be a unique spectacle:

Back: You can listen to Manx Radio's Cyclefest channel on AM 1368, online at manxradio.com and via Manx Radio's smartphone apps.

It's also on FM around Mooragh Park and Milntown on 11.6.