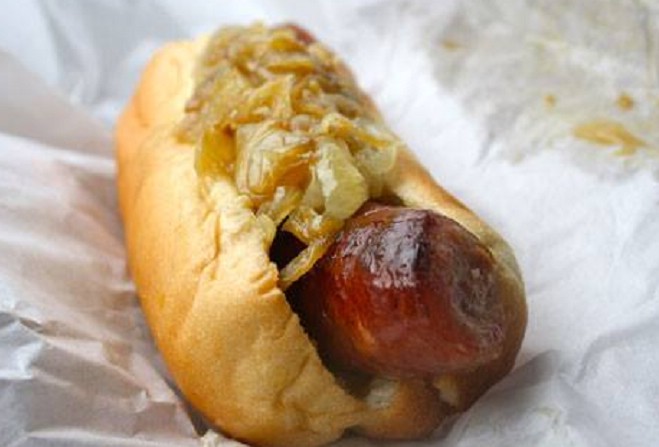 'Superior product' down to provenance of ingredients

A local food entrepreneur has called on the sector to extoll the unique virtues of Manx reared and farmed meat.

Dave Valkema has been marketing his 100% homegrown 'Delicious Dogs' from his Sulby home for two years.

The Chicago native originally moved here because of his career in the insurance industry, but missed his favourite food so much that he began making his own authentic sausages himself.

They can now be found in a number of shops and restaurants in the Island and further afield.

He says it's all down to offering a simply 'superior product' - which he owes to the provenance of his ingredients: