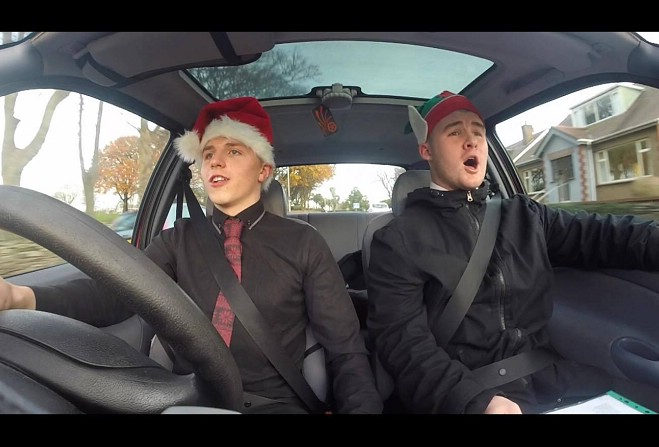 Manx high school pupils who produced a festive carpool karaoke video are 'saddened' they've had to remove it from the public domain.

The Department of Education and Children requested it be taken down after concerns were voiced by Facebook users.

Some say the school is 'insensitive' towards people involved in car accidents, and that they're promoting bad driving habits, others said it was 'irresponsible'.

There were also accusations students appearing in the video weren't wearing seatbelts - which they fervently deny.

Those involved say it's meant to be a bit of 'lighthearted fun with no serious consequences', and it's a shame their hard work has gone to waste.