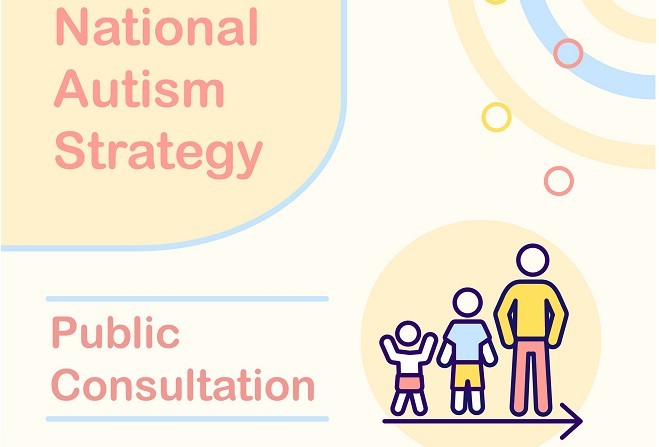 The Department of Health and Social Care is to host a feedback session this evening in relation to results collated from its National Autism Strategy Consultation.

The consultation was open earlier this year, and closed on 10 June.

Earlier this month, the results were published by the DHSC on its website.

In total, 392 people responded to the consultation, including 120 autistic people, 188 parents, partners, relatives or friends, as well as carers and professionals from various fields.

The majority of those represented in the consultation - 154 people - were between the ages of five and 24.

A common theme in the report is the inability to access support, with the largest number of comments concerning this.

The majority of people with an official diagnosis received it during childhood or adolescence, whilst many adults were unable to get a diagnosis for suspected autism without paying privately.

Not having a formal diagnosis of autism or Asperger's Syndrome makes it much harder to access any services or support, according to the report.

The majority of respondents concurred, with 46 per cent stating the experience of getting a referral had been very difficult or quite difficult.

Meanwhile, having a diagnosis does not guarantee support - nearly half of those with a diagnosis stated they don't receive any support services.

Forty-three per cent of people who have a diagnosis felt very unsupported or quite unsupported following their diagnosis, and people who did receive support during childhood or adolescence said it stopped abruptly at adulthood.

Elsewhere, waiting times, lack of public awareness and lack of expertise and training by professionals were all flagged as issues.

This evening's public feedback session will include a presentation and Q&A session covering the results, methodology, implications and next steps for the strategy.

Tonight's session will be held at Keyll Darree on the Nobles Hospital estate from 6:30pm.

The consultation results in full can be found HERE.