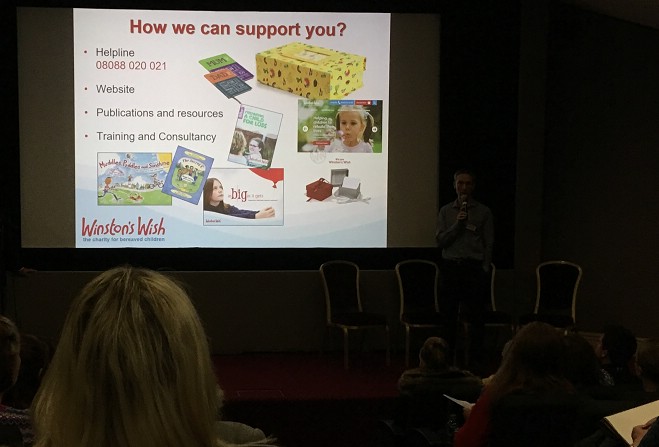 Presentation in the Broadway cinema

Experts in domestic abuse and childhood bereavement gathered for a conference at the Villa Marina in Douglas today (4 Oct).

The event was organised by Diana Parkes, who set up a charity in the name of her late daughter Joanna Simpson, to raise awareness and support those affected by these issues.

Joanna, born and raised on the Island, was killed by her estranged husband in 2010 when she was 46, leaving two young children.

Diana invited Sacha Richardson from Winston's Wish, and Founder of SafeLives Diana Barran, to give talks on the aims of their respective charities.

Ms Barran said the importance of work done by the Joanna Simpson Foundation cannot be understated: