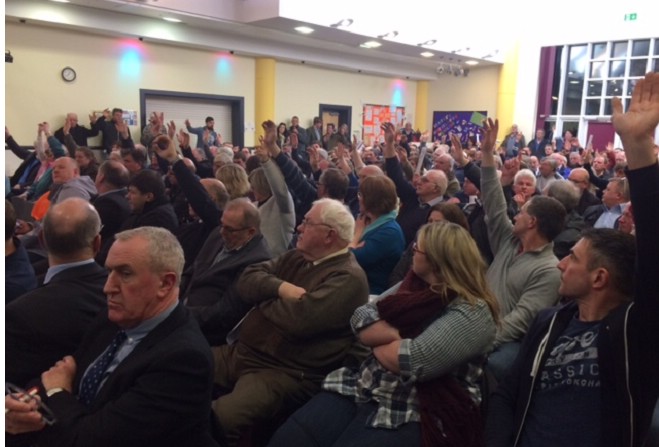 Over 200 people attended last night's meeting at St Johns about the future of the Isle of Man Meat Plant.

The loss-making facility currently receives a subvention of around £1.4 million a year, and the meeting was called to find a sustainable way forward for the plant.

The plant's operations have been reviewed by industry expert Scott Baker, who identified several ways forward, including improving the current provision, restructuring the business - or closing the plant altogether.

Members of DEFA, including Minister Geoffrey Boot, the Manx National Farmers Union and the Agricultural Marketing Society voted in favour of a move to seek expressions of interest - with the potential to send the contract out to tender.

Isle of Man Meats says it's regrettable, but it 'fully understands DEFA's reasoning'.