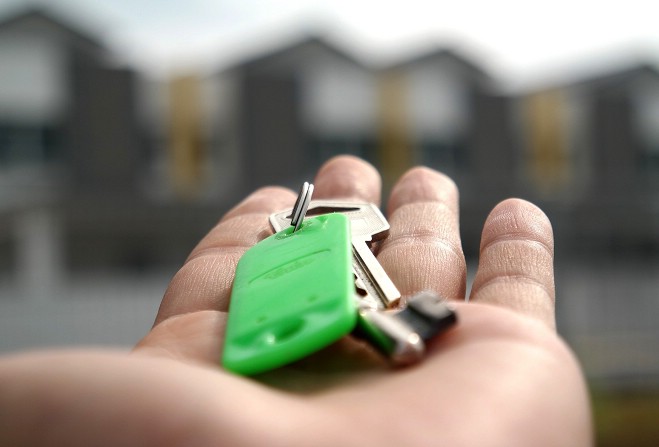 There are calls for government’s First Time Buyers’ schemes to be revised following a large increase in house prices on the Island.

They provide assistance to people looking to purchase properties worth between £140 - £190,000.

However last year house prices rose - to an average of £310,442 - leaving many properties outside of the eligible price bracket.

Director of Financial Options Paul Chase says people are now struggling to qualify for the schemes:

Government’s support schemes, for those looking to get onto the property ladder, are split into two: the First Home Fixed scheme and the First Home Choice scheme.

Somebody who qualifies for the First Home Fixed scheme can only purchase a new-build property - built by either the Department of Infrastructure or a private developer.

But year by year these properties are highly limited - take Reayrt Mie in Ballasalla, as an example, which is currently being built by Dandara.

When the planning applications went through, in March 2019, the housing department said there were 19 people waiting for new builds in that area alone.

Over the past two years, due to Covid-19, just nine eligible properties have been built in phase one of the development.

The main concerns being raised are the failure for people to qualify for the scheme in the first place.

That means the maximum mortgage you would be able to achieve, once you take off the 5 per cent deposit you’re providing yourself and the £30,000 paid in by government, is £112,500.

And because most lenders will now offer at least five times the income if you earn more than £22,500 a year you’ll be bringing home too much to be eligible for government support.

If you require less than 20% assistance you're redirected to the First Home Choice Scheme, again capped at £190,000.

Aerospace engineer, and RNLI volunteer, Lee Quirk has been trying to buy a property with the scheme since 2019.

He says the options available for single people in the capital, where he needs to live to be close to Douglas Lifeboat Station, are next to
none: