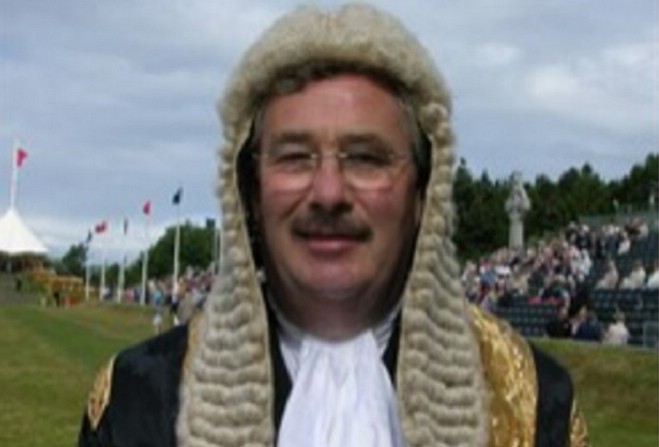 Five Island residents have been recognised in the Queen's Birthday Honours list.

President of Tynwald Steve Rodan has been made an OBE for outstanding service and dedication to the Isle of Man.

And a British Empire Medal has been awarded to Tony Fox for services to medical charities and the community.

The announcement from Government House regarding the honours says since coming to the Isle of Man in the 1980s, Mr Rodan has immersed himself in the Island's historic, cultural, charitable and political life.

He has served as a commissioner, MHK, minister and, ultimately, president of Tynwald, and helped to achieve the right to vote for 16- and 17-year-olds.

It also speaks of his role as county chairman of the Royal British Legion, and involvement with local charities.

Mitch Murray penned numerous UK chart-topping songs, including 'How Do You Do It?' and 'I Like It', which helped launch the career of Gerry and The Pacemakers.

He also wrote the book 'How To Write a Hit Song', which went onto inspire Sting, who refers to Murray as, 'my mentor'.

Tonia Lushington has been secretary general of the Isle of Man Commonwealth Games Association for more than a decade, and has also worked as chef de mission for both senior and youth teams at a number of games.

In addition to organising, mentoring and coaching, she has been at the heart of much of the Association’s fundraising activity for many years, while her support of Manx charitable and sporting sectors spans five decades.

The announcement says for over 25 years, Ivor Ramsden has made an outstanding contribution to the social and military history of Manx people by establishing, in his spare time, the Manx Aviation and Military Museum.

He has catalogued over 9,000 items in the museum, created a unique set of personal histories and records, and used these to help others, including schools, community groups, families and individuals from across the Island and beyond.

And for over 40 years, Tony Fox has raised funds for many good causes, including local Manx charities, coronary care units at both Noble's Hospital and Broad Green in Liverpool, and Robert Owen House.

Most significantly, he has raised over £100,000 for the liver unit at Queen Elizabeth Hospital Birmingham.

He hopes to raise another £30,000 for good causes this year.