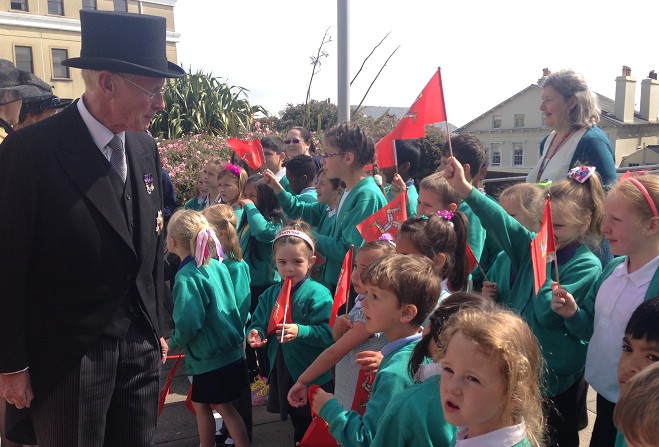 A formal swearing-in ceremony for the Isle of Man's new Lieutenant Governor is underway in Douglas.

Sir Richard Gozney and his party arrived at the Courts of Justice at 1045, in a cavalcade from Government House.

A welcoming party of senior politicians, government officials, the presiding officers of Tynwald and the House of Keys, members of the Manx judiciary and constabulary, the mayor of Douglas and other VIPs formed a parade party on the piazza.

School children from Henry Bloom Noble and St Thomas's primaries gathered with members of the public in front of the court, many waving Manx flags to welcome the Lord of Mann's new representative in the Isle of Man.

Sir Richard wearing morning dress and Lady Gozney stopped briefly to chat to well-wishers as they made their way to the courthouse.

Sir Richard is now taking the oaths of office in a centuries-old ceremony inside Court 3, administered by First Deemster and Clerk  of the Rolls David Doyle.