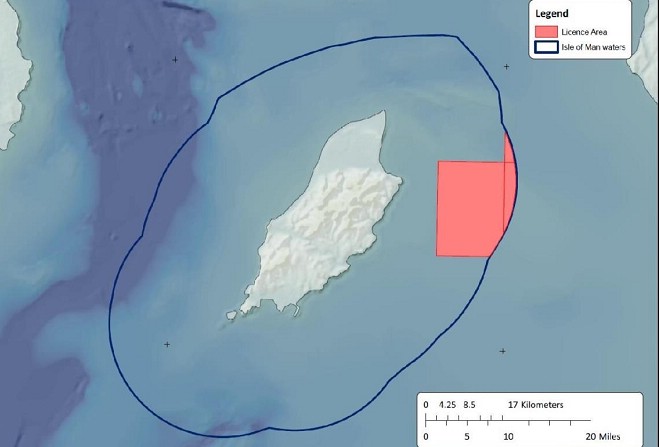 Crogga to explore part of seabed off east coast

A gas field in Manx waters could give the Isle of Man energy security, and provide power for hundreds of years.

That’s according to the company which has today (15 October) been awarded a licence to appraise a gas deposit within an area of 266 square kilometres, 8-10 miles off Maughold Head.

Based in Ballasalla, Crogga Limited is run by Manx individuals who have experience working in the gas, oil, and financial industries.

The company is privately funded, and as a result its appraisal operations won’t come at a cost to the Manx government.

The licence was awarded following a bidding process between September and December last year – only two bids were received,

Crogga’s Chief Executive Officer Diccen Sargent says a 3-D seismic survey will be conducted via boat next year between spring and summer, with ‘minimal disruption’ to the fishing industry.

The techniques and technology used for the planned appraisal will be similar to those used at comparable finds in the UK North Sea.

Mr Sargent stressed that the process for extraction would not be ‘fracking’, as the find is not an unconventional shale gas reservoir, but a conventional, sandstone deposit.

He says the company have the ‘best interests of the Island at heart’ and will work with the government and the local community to help the Island ‘transition away from energy dependency on other nations’.

If ‘commerical accumulations of natural gas’ are found by Crogga, the company will look to undertake exploratory drilling.

The Manx government states further action must be given further approval and consent.

The findings of the survey, and Crogga’s ability to demonstrate financial and technical capability will also be factored into any decision.