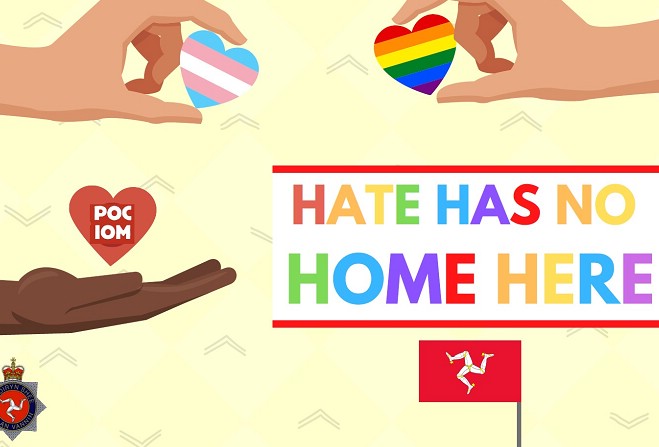 Hate has no home here.

That's the message from the Isle of Man Constabulary which is marking Hate Crime Awareness Week.

It’s encouraging people – who are targeted because of their race, religion, sexual orientation, disability or transgender identity – to come forward.

The number of hate crimes recorded by police in England and Wales is at a record high with Home Office statistics showing there were more than 124,000 in the year to March.

Officers here say they will take the issue ‘very seriously’ and by tackling it will endeavour to make the Island safer for everyone.

That’s despite the Isle of Man not having specific hate crime legislation in place.

Juliette Everett is the chief inspector:

Anyone who wants to report hate crime, or hate incidents, is asked to contact Police Headquarters on 631212 or, if urgent, 999.